At this year’s NAB tradeshow there was a mix of products, equipment, as well as many awaited new releases. With over 90,000 media and entertainment professionals, it was one of the best stages to release a wide range of much anticipated equipment. Some of the top releases were: 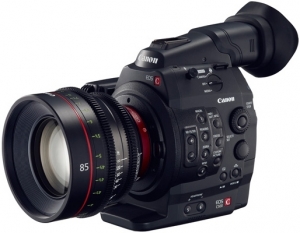 As Canon makes its way into the cinematic arena with it’s C line, the C500 was released with awe. This new camera boasts a range of image sensor sizes from 10 to 15 megapixels, and DIGIC II or III image processors. Being able to shoot 4K video is only one of its other many perks that are encompassed within this new camera. This camera beams in comparison to its predecessors and is going to hit the market in early 2013 with a price tag of $30,000.

RED has already set the cinematic bar very high when it comes to innovation and delivery. Now with its new laser projector which projects 120fps 3D onto any screen of your choice. This projector is going to change the way you view your film, for the better. With a price tag of $10,000, it will be interesting to see if it blows the minds of cinematic lovers as we have anticipated it to. 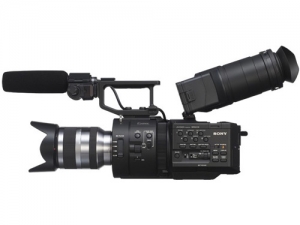 For those who want the luxury of expensive 4K capable shooter without the hefty cost, this is the camera of choice. With a sleek price tag of $9,000 it is a steal in comparison to the capabilities it comes packed with. Being able to shoot at 960fps and having super slow motion recording up to 10x in HD are 2 great features that this camera displays. This state of the art video camera goes into the region of the RED line as it is almost up to par with its resolution, dependability, and resolution.

The NAB Tradeshow was a success to say the least as many other fantastic products, sessions, and exhibitors came, saw, and conquered. The only thing better than this year’s 2012 NAB tradeshow, is what we are sure to expect at next year’s show, 2013!